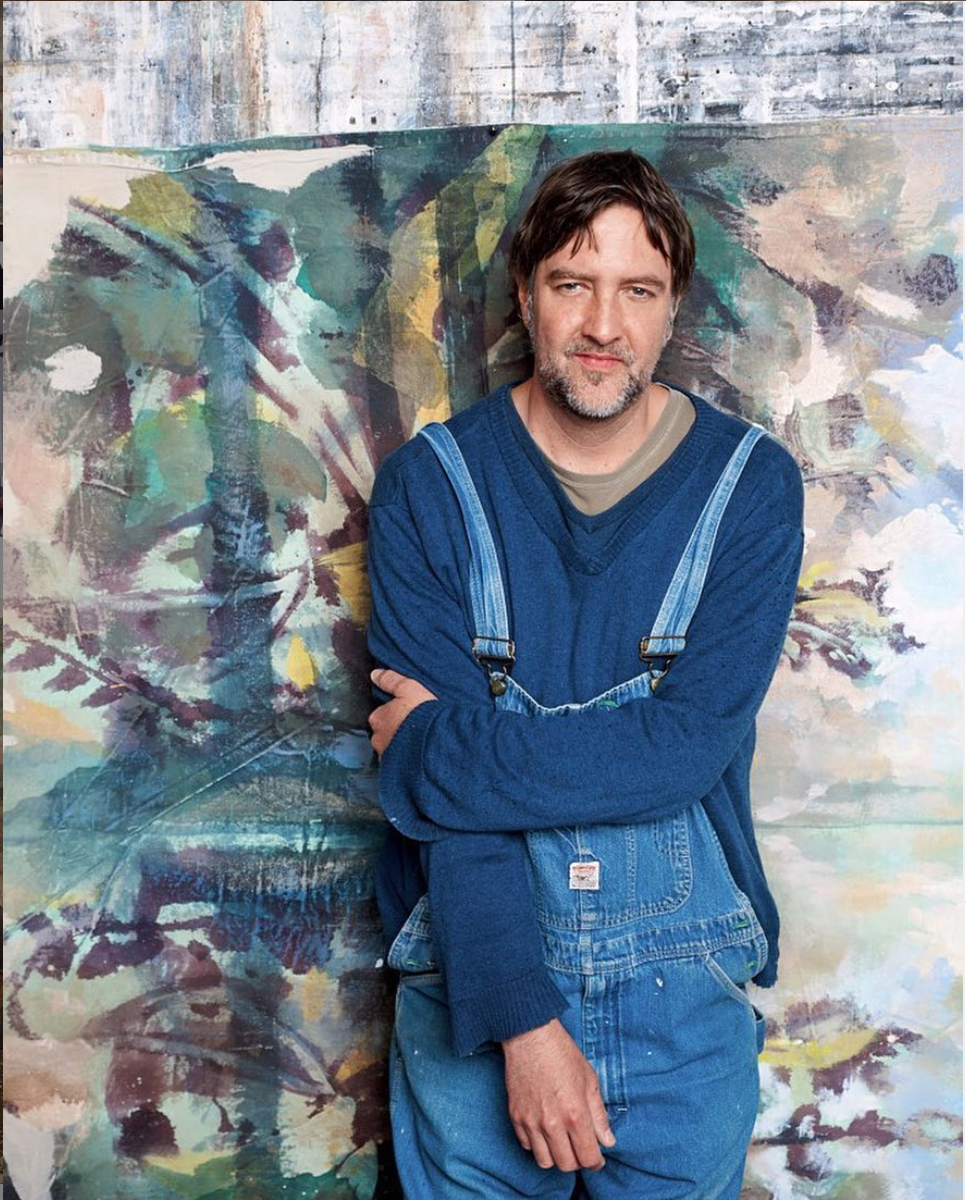 Alabama native Arthur Price is an artist who has been creating imagery since childhood. With a name like ‘Art,’ his early entertainment began with art history books, myths, fables and legends. Their lessons of nature and human nature followed. Price studies the art histories of many cultures and finds their art and stories, especially the ones that praise the natural world, a strong influence on his work.

After studying at the Atlanta College of Art, he and his wife, fellow artist and gardener, Caren, moved to a farm near the Cahaba River. Here they grow vegetables and herbs and care for their many animals. This farm, which once was deep in the wood, is a backdrop for much of his work. For example, a small hillside might transform on canvas into a mountain on the other side of the world. Waving plants might translate as green dancers and firelight. Arthur’s paintings remind  the viewer of the harmony, peaceful balance, and rejuvenation offered by nature’s story. Arthur’s artistic motivation is in the ‘honoring of the imagination through the personification of nature”.

Price’s work often manifests in the form of large, un-stretched canvas, painted and stained with muted colors and abstract shapes that through marks and layering, combine before the eyes into figures, animals, landscapes, and waterways. This visual experiment with abstractions and mark making pool together and create recognizable, yet dreamlike imagery.

Price has exhibited paintings in galleries in Birmingham, Atlanta, New Orleans and New York. His favorite showings are held in loaned warehouses that allow his large work to become installations. His thick canvases are often painted on both sides, and when suspended in a large space, become painted walls for building rooms, hallways, chambers, and niches.

One showing of note in 2002, Price was given use of the newly renovated Virginia Samford Theater in Birmingham. There he installed his large work in the auditorium, on stage, and backstage. He used the stage’s extensive pulley systems to have canvases open like curtains or lift away to reveal more and more. This visual experience continued upstage and downstage. With the music selected to enhance, people were encouraged to walk amongst the slowly cycling images, which produced an exciting and thought provoking effect. James R. Nelson , the visual art’s critic for The Birmingham News, wrote, “Entering the auditorium is like walking into a secular cathedral. Breathtaking and inspiring…” (9/18/2002)

Arthur’s works are amongst many private and public collections, including Alabama Power, Baptist Montclair Hospital, Mountain Brook Club, and The Birmingham Zoo.

In this changing and challenging world, his work continues to speak to the mysteries of the imagination and the joy of seeing his imagery emerge and grow like the magic of nature.

back to Arthur Price: A Confluence of Rivers